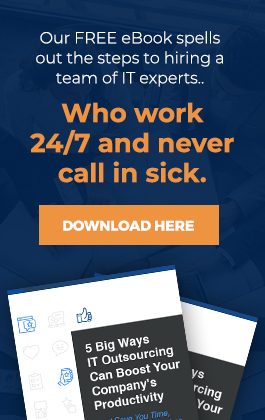 The email came in and I scanned it, only half reading. It was from the CRM and said that a new two-factor ID was being used, and that I had to update my credentials.

So I clicked on the link.

A new page opened open, and I plugged in my info. After clicking “submit,” however, the tab in my browser just went blank.

I had to log into the CRM anyway, so I hit my browser bookmark to open the main page. The CRM opened right up. The authentication must have worked, I thought.

I never imagined that it could have been this simple set of clicks that got my business exposed. But I had just given my credentials to a malware software. That same day, our network was locked up with the ransomware LockerGoga.

The hackers blocked our access to all system functionalities and held us at ransom to let us back in. The only silver lining was that our company isn’t publicly traded and was able to make our decision internally and without press.

I was grateful that the decision whether to pay the ransom was made behind closed doors, but behind those same closed doors I was in scorching hot water. I probably wasn’t the only one who received the email, they said. At the same time, no one else remembered entering any credentials into a page like I had.

I felt like an idiot, and although upper management was in “crisis mitigation mode,” I could tell they were frustrated, too.

LockerGoga later made the news for infecting some of the biggest corporations in the world. Somehow, it put me at ease to know I wasn’t the only one who had been tricked.

LockerGoga and other kinds of malware are more prolific today than ever. These malicious software platforms are designed to infect computers and other devices, meaning no device is safe.

Businesses are more often targeted by malware creators because they have more money to steal by way of ransom or other threats. Businesses also have strategic information and company secrets that hackers like to sell for even more money and influence.

Malware, in fact, is a pretty broad term. Under the umbrella of malware, there are categories of these malicious software, for example:

According to the FBI, damages by ransomware in 2020 came to more than $29 million. Contact the team at Computer St. Louis to learn what you can do to keep your business protected.